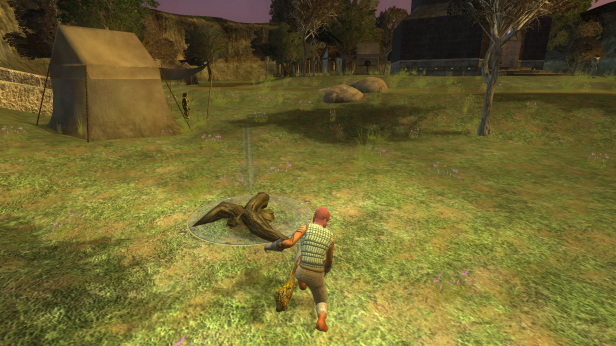 It dawned on me as I began this EverQuest Show journey, that my knowledge of EverQuest II was limited. Much more limited than that of EverQuest Live.

I want the EverQuest Show to be about ALL of Norrath, future and past. But in order to be a good steward of the entire franchise, I needed to educate myself.

I’ve been putting off a return to EverQuest II for some time, but finally, the time is at hand.

With the 20th anniversary came a new Time Locked Expansion Server, Kaladim. This was fantastic news, as I’d only played EverQuest II up to around level 20 during launch. I believe I played through about the first content releases, but not the actual Desert of Flames expansion release.

Fast foward to 15 years later, and I find myself again gasping as I look at all the great imagery within this game.

So, I loaded up the game, and created my character Fennec, a Fury,  on the Kaladim server. 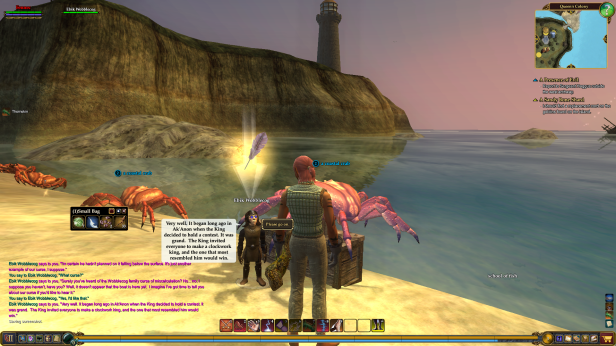 I want to enjoy as much of the game as possible. Immersion here is the goal. Enjoy the game. Soak up the surroundings. The environment. Get the feel of this Norrath.

I will take my time. Explore. Finish collections. Learn crafting. Do as many quests as I can. Learn stories along the way.

See as much of each area as I can, without boring myself to tears along the way.

Such a beautiful Norrath

I remember how beautiful the game was when I first played 20 years ago. And it’s no different today.

I still wanted to do the “tutorial” for the game. So of course, I ventured forth and completed the ship-based intro quests, then it’s off to the Queen’s Colony.

I remember the first time I saw that Drakota attacking the ship. I thought it was AMAZING!

You have to remember, this was 2004, and I had played EverQuest Live most of my gaming career. So to see things FLY, and interact with the ship. It was breath-taking. 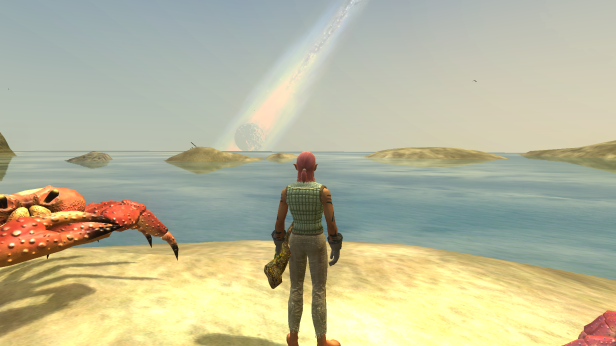 Finally in Queen’s Colony, I can spread my wings a little bit. Again, I wanted to follow the guidelines of really immersing myself, and fully exploring every inch of the land.

Occasionally I just like to stop and look around. The lighthouse beam spinning in the distance. A few rogue meteors. And of course, Luclin shattered across the night sky. Occasionally, I’d get a view of Drinal as well.

Being so used to EQ1, the voice overs for quests are refreshing. And yes, I listened to every word, really trying to immerse myself in each quest.

The sounds of the world and music really add to that immersion.

One of my favorite aspects of EQII was the music. It always had such an amazing score. From the opening theme to the zone music, it’s wonderful to listen to.

So, I go about my grind. Killing crabs for quite a while. Finding a few rare items along the way. Starting a few quests, but not too many that I get overwhelmed I’m being pulled in multiple directions.

I also work on some collections. Feathers and shells. The beginner stuff. But I enjoy it.

I buy a few new bags to help with inventory capacity and I start stockpiling roots and crab meat and various other things to either sell or use for future tradeskilling.

Through a few of the newbie quests I manage to find a half dozen pieces of new equipment with minor stats. Enough to keep me energized.

That’s enough for this entry, but I’m hoping to enjoy much more EQII each Tuesday and bring you the updates and thoughts on a newbie (for now) returning to the game!