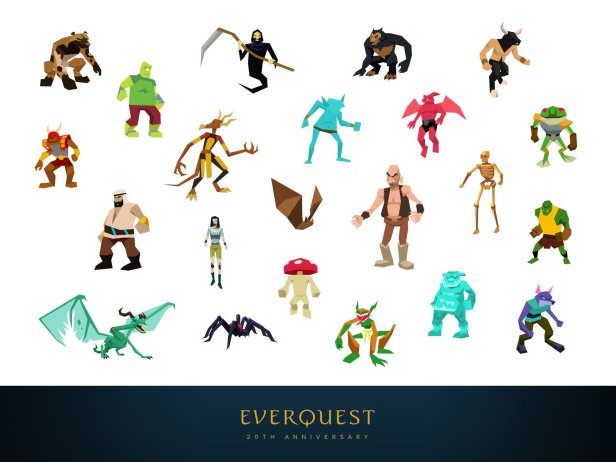 Graphic designer and illustrator Bill Harkins is a huge fan of EverQuest.

Harkins recently came back to the game, playing an iksar monk on the Mangler server.

He started playing EQ in 2000 when Kunark was released. His cloth Kunark map is still one of his most prized possessions.

We were nerdy kids and Norrath was our refuge when we got out of school. I played for years. My main character was a Dark Elf Shadow Knight named Veladar.

As EverQuest celebrated two decades, the love of the game forged with his professional abilities. The result was the creation of some nostalgic artwork.

Harkins explains how he came up with the art direction.

For the artwork, when I saw the 20th anniversary was coming up I had to create something. 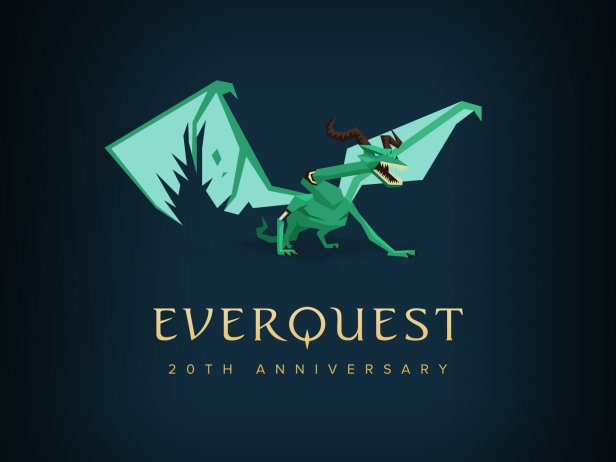 I was always really obsessed looking through bestiaries in game guides, so I thought I could pick a few of the most memorable creatures and illustrate them. The EQ models are simple polygons, but the way they were designed gave them a lot of personality. So I stuck to a very polygonal / abstract illustration style.

Harkins said he just wanted to deliver a dose of nostalgia to his fellow EQ players. The comments and reactions on Twitter were overwhelmingly positive.

These are freaking awesome!!!