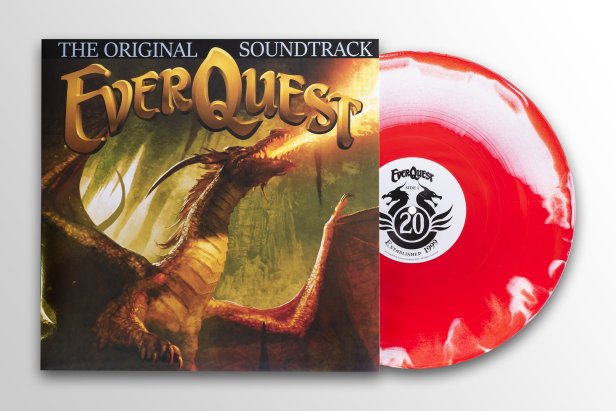 Some new EverQuest merchandise is now available for purchase.

The EverQuest Soundtrack, previously only available via digital download or streaming, is now available in vinyl.

24 songs are on the soundtrack,  from the original theme, to the Qeynos gates music and the happy Rivervale diddy.

The vinyls were created in limited numbers and come in 4 vinyl styles or versions.

There is a “Split Blue and Gold” version, with a full album gatefold cover featuring the Keith Parkinson Art that lists all of the remastered EverQuest music.

The “Field of Bone” edition is blood red and bone white vinyl.

Finally, there are very limited number of the Nagafen edition, with a special cover showing Nagafen artwork.

These are being made available through a shopify link from Darkpaw and vary in price from $29.99 to $99.

You can still purchase the digital version of the EverQuest and EverQuest II Original soundtrack as well.

Recently, an A Capella version of several pieces of EverQuest music was released. The pieces were performed and recorded by the Encore Vocal Ensemble.