Most of you know Firiona VIe as the blond elf gracing the cover of most of the EverQuest art over the years.

In the game, she’s a paladin and the Chosen of Tunare.

In real-life, she’s a teenager who is developing her own unique character In Real Life. Watch our latest Episode of The EverQuest Show to hear her story.

Back in 2005, what was then Sony Online Entertainment released the story that a fan of EverQuest had named their daughter Firiona Vie.

That drew some negative attention from some web sites, but in this episode’s In Real Life segment, we see that Firiona is quite a unique, happy and artistic individual.

Her mother says she doesn’t really know much about the game EverQuest, except that the name comes from there.

Firiona, whose friends mostly call her Fiona, has never played the game.

With walls lined with anime posters, her own drawings of her family and herself, her room looks like that of a typical teenager.

Yes, it’s been almost 15 years since her mother graced her with the name Firiona Vie.

Now, Firiona plays the ukulele, the guitar and is an artist enjoying sketching.

The bond between Tabitha, Firiona’s mom, and Firiona is a strong one, and in her own word’s “She’s a mini me.” 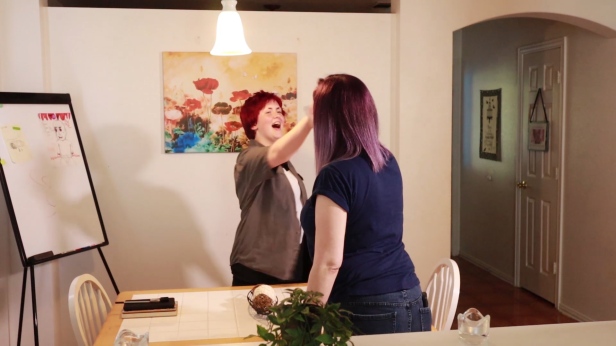 It was a pleasure meeting Tabitha, Firiona and their family. Thanks to them for allowing me to come into their personal space and talk about this subject. The EverQuest community welcomes you as a part of our strange, unique history and universe.