Episode 5 is here. And what a day!

A huge amount of news has dropped for both EverQuest and EverQuest II.

Producer’s Letters have dropped for both games and there’s a ton of announcements, updates and surprises.

It looks like we’ll be returning to Velious. Maybe?

The first screenshots of the next expansion were released. They include “frosty giants” and an icy location.

The expansion still doesn’t have a name or an official release date. But the PL did say that the expansion will be released THIS year, sometime in December.

And in an EXCLUSIVE to The EverQuest Show, we’ve received an additional set of screenshots that you won’t find anywhere else. 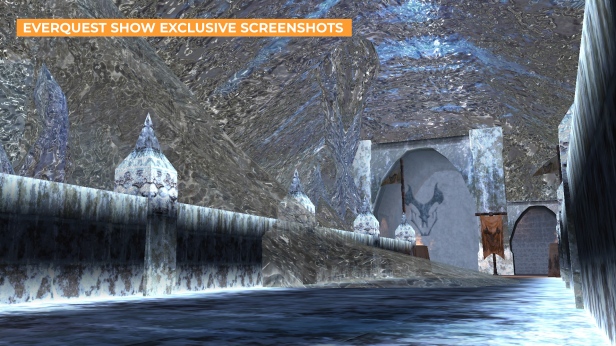 You can find more of these exclusive images HERE.

Also pictured in the screenshots and mentioned in the PL is a new “ice shader” for EverQuest. According to the team, in the entire 20 year history of the game, it has never had an ice shader.

It might seem silly, but those kinds of changes to a decades-old code base are significant and I’m so proud of the team! We hope our fans enjoy the chill!

More interestingly, the screenshots appear to show Kael Drakkel, or at least, an updated version. The banners clearly give it away. Those are the Kromrif banners visible throughout Kael in Velious.

Several locations are identifiable, including the west ramp into the Arena as well as the wall behind Kallis on the way to Derakor the Vindicator.

Will Vindi be a raid target in the next expansion? No word on that.

The next expansion will raise the level cap to 115. This was announced in the previous PL.

In a surprise announcement, a new progression server is coming to EQ to celebrate the 15th anniversary of EQ2.

It’s set to launch on November 9th, the 15th anniversary of EverQuest II.

Players will start at a “Heroic” level 85 character and all expansions up to House of Thule will be available when the server opens.

The experience gain is expected to match live servers and expansions will unlock every 2 to 3 months. More specific information is expected closer to the launch date.

We’ve known about them for weeks, but it’s finally confirmed that Troll Heritage Crates are the next set of crates.

Those are available immediately in this patch.

A few other tidbits in the PL :

The Producer’s Letter for EQ2 also was loaded with announcements.

A confirmed level increase of 120 is coming with the next expansion. We also received a teaser image.

That expansion also does not yet have a name nor a release date.

In preparation for the upcoming expansion, Chaos Descending is now on sale at 50% price.

Part of GU111 had been covered previously regarding Carnage in Kael, but I’m told by an inside source that there will be some surprises inside that game update.

It wasn’t originally planned for the year, but the team stayed late and snuck in on weekends to give you more content to chew up as we work on the expansion and events! There is a giant-sized tankard of events as we head into our 15th Anniversary and expansion season….

A new server was announced as well, to celebrate the 15th anniversary.

It will have a unique ruleset to start as Heroic Character and all content up to Chaos Descending will be unlocked, but no other details were given. Experience rates will be normal (that of live servers). 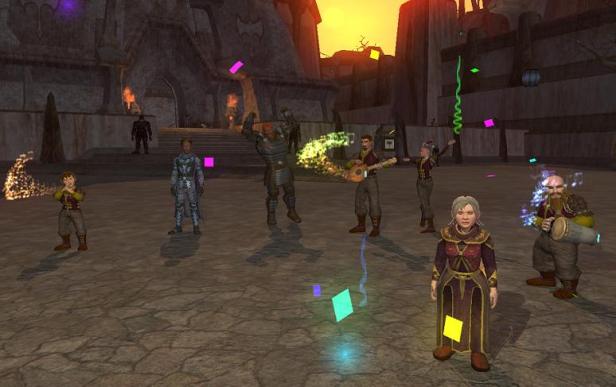 And the fan event is in the “information gathering” stage.

A new survey has been created by the team to gauge interest. The event is still slated for “next year.”

We wanted to get a feel for how many players would be interested, so we have a survey … Please participate if you are interested in hanging with your EQ friends and family for a couple of days!

That’s an incredible amount of news for one episode! Two producers letters, and it’s patch day. The patch notes can be found here. 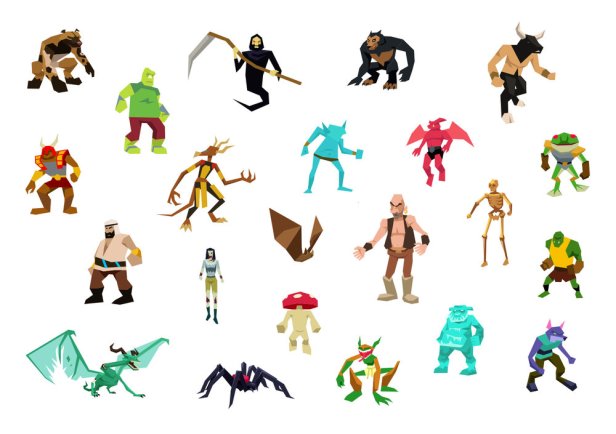 We’re looking to feature artists and musicians on our future episodes. If you have EQ art, writing, fan fiction, music, lego creations, graphic design, clothing ANYTHING…we want to see it.

You can find a complete breakdown of the figures and a checklist on this story.

In 2004, EverQuest released an article stating that there was a new Firiona Vie! A mother had named her daughter after the famous spokes-elf of the game. Firiona is now a teenager.

I took the show on the road to find a meet this mother and daughter duo In Real Life.